Changes to IP Law: What it Means For You and Your Business

In a follow-up to a previous blog on how to protect against trade mark infringement, DTM Legal’s Ed Barnes outlines the importance of the Intellectual Property Act 2014, and what it could mean for your business.

UK Intellectual Property law has long been criticised for failing to keep up with the digital age. Partly in response to this, the Intellectual Property Act 2014 came into force in October last year (with all measures to be implemented  by the end of this year), in an attempt to modernise and simplify the law relating to designs and patents in the UK which many commentators believe is long overdue. The Act was introduced following the Hargreaves report of 2011, and formed part of a movement to make IP law more friendly to SME’s – an understandable and worthwhile aim as they account for the majority of businesses in the UK.

The Act makes various alterations to UK design law, which have been overlooked in previous amendments to IP legislation. The changes will affect the majority of businesses dealing with registered designs, and these are some of the key provisions: 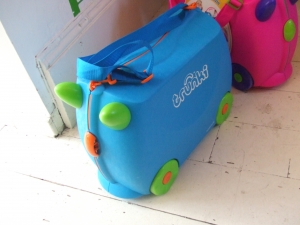 The case of Trunki v Kiddee held that to be considered infringement of a registered design, the user must be left with the ‘same overall impression’ of the products – found not to be the case here.

– Design infringement is now a criminal offence – someone knowingly copying a registered design, without the owner’s consent, could be liable for a maximum of a 10 year prison sentence and/or a fine. Whilst the intention behind this change is to deter infringers from copying registered designs, this is one of the more controversial provisions of the Act. It is hoped that the requirement that the copying be intentional will achieve a fair balance between design owners and potential infringers. 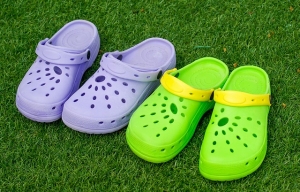 Much-needed changes were also made to update UK patent law:
– The concept of ‘virtual patent marking’ provides the option for all patent owners to mark their patented products with a weblink (instead of a patent number) which will give detailed information about the patent and any applications that are associated with it. The use of a weblink will serve as notice to a third party of the existence of the patents. This benefits owners of patents and their claims to damages from an infringer, because the infringer will have technically already been put on notice.

Multi-million pound company Apple have just been sued for patent infringement, when developing the latest version of ITunes. A judge in the USA has ordered the company to pay $532.9 million in damages.

– The Patent Opinion Service (POS) was established in 2005, and has proved very successful in assisting businesses with patent related issues. The 2014 Act widens the powers of the Intellectual Property Office by allowing it to revoke a patent if it has previously given the opinion that it does not fulfill the necessary requirements to be valid. This would be of clear benefit to a potential infringer, as it is a quick and low cost option to invalidate the patent of a competitor, without the need to issue costly proceedings. One possible negative effect of this could be that it may discourage businesses from seeking an opinion in the future, as it could render their patents void. One for patent owners to watch out for.

The purpose of the Intellectual Property Act 2014 was to make the law on intellectual property easier for businesses to understand and these changes demonstrate the importance of a business knowing its IP rights. Theft of intellectual property can cause major economic and reputational damage, which can be avoided by businesses being able to identify and protect what they have.