To some, the Conservative government’s plans to radically overhaul Britain’s trade union laws will rebalance the rights of working people and businesses. To others they will be seen as a cynical ploy to neuter the Trade Unions so that employees are not treated as they were in the past. Whatever your opinion, the Trade Union Bill began its passage into law on Wednesday and has triggered passionate debates in all corners of the country.

Currently balloting rules do not require any specific level of participation by union members, a simple majority from participants is all that is required for strike action to be approved. However, the new Trade Union Bill proposals would require a minimum 50% turnout for a strike vote to be valid and in the public sector, strikes would only be legal if backed by at least 40% of all members eligible to take part in the ballot.

The statistics have attracted cries of hypocrisy in certain corners of the media as the current Conservative government not only failed to capture the support of 40% of the electorate in the most recent general election, it even failed to win 40% of those people who chose to vote.

In addition to the percentage of people required to turn out and vote in favour of strike action, Trade Unions will be required to provide 14 days’ notice of any strike action to employers, an increase from the current 7 days. This will be a clear benefit to employers as it will enable them to make provisions to cover the loss of striking employees by bringing in agency staff as cover to help lessen the disruption for an employer’s client/customer base. There are numerous examples of strikes in recent years where a particular user group would have benefitted from agency staff including; passengers on the London Underground, students on the receiving end of industrial action by university lecturers/support staff and the general British population when Royal Mail went on strike. 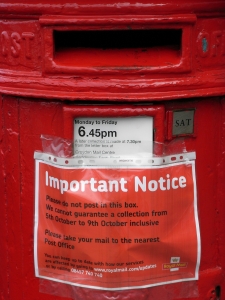 Further to the turnout and voting thresholds the Bill ensures any mandate remains timely by placing a four-month limit for action after any vote, which means employers will know a particular timeframe within which industrial action will take place, additionally unlawful picketing will become a criminal rather than a civil offence.

The Confederation of British Industry and the British Chambers of Commerce (BCC) have been quick to champion the benefits to employers with Dr Adam Marshall, Executive Director of Policy and External Affairs at the BCC commenting: “Businesses will see this as a sensible piece of legislation that carefully balances the rights of those who rely on access to essential services”.

However, with Len McCluskey, General Secretary of Unite stating that Unite “will not see itself rendered toothless by passively submitting to unjust laws”; it appears at least one union will not back down easily in this matter.

Last year 754,500 working days were lost in the UK by people who did not work as a result of being involved in a dispute at their workplace and although this is a notable decrease on the 12.9m days lost on average during a year in the 1970s, the government believes it is necessary to take action in this manner in order to prevent strike action that is based on small numbers of participants in a ballot.

This Bill is not law yet as it is only at its first reading stage. Consultation closes on 9th September 2015 and we will keep you updated with developments.

For more information regarding employment or HR issues please contact Tom Evans an Associate in DTM Legal’s employment and HR team on 0151 230 1217 or tom.evans@dtmlegal.com

Back to Insights Next Article Previous Article