Releasing the chokehold of court fees

Earlier this year, court fees in the UK were increased by a justice-busting 600 per cent.

While, at first glance, this may be good news for the government’s bean-counters, it’s bad news for anyone or any business which might at some point need the protection of the civil justice system and does not have plenty of cash lying around (i.e. most of us).

The increases have been justified by the soundbite that those who use the court system should pay for it. That obviously has some merit. However, even cursory analysis shows the methodology adopted for implementation is completely misconceived.

Most fundamentally, equal access to justice should be a central tenet of a civilised society. These changes undermine this concept comprehensively, effectively making justice the preserve of the better-heeled by pricing those of more modest means out of the courts. This is bad news for all of us, but is especially bad news for small businesses, which are especially exposed to the risk of exploitation by more wealthy and/or unscrupulous organisations.

For example, if a small supplier to a larger business is owed an outstanding sum to the tune of £100,000, in the past, it would have cost them £1,115 to issue the claim. Now, it will cost them £5,000. With this in mind, they may understandably choose to settle on a smaller sum out of court because they simply cannot afford the cost of issuing a claim to enforce their rights.

Why should anyone settle for less than they are legally entitled to? An idealistic view maybe, but the system is already weighted against recovering everything you are entitled to without these exorbitant fee increases.

Large businesses will have more power to deny liability for debts, knowing that the smaller businesses they have wronged may be reluctant to risk attempting to redress the balance through the court system. The defaulters can afford to shrug as small businesses flounder. 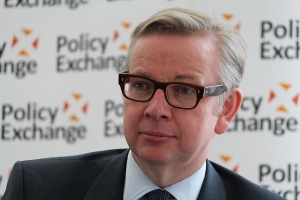 Another issue, given the aim of bolstering a revenue stream for government, is that these

changes may prove entirely counterproductive. Unintended consequences have plagued policy-makers through the ages, and the problem with this measure is that, while Chris Grayling brought it in in the hope of raising £120m for his justice department, he may actually see the funding diminish.

This surely could not have been lost on the government when considering this policy and the cynic may say that deterring parties from using the civil justice system in the first place was the true aim of the increases. The consequence of that is less fee income for lawyers. While no one has sympathy for lawyers, the direct result of lower fees is reduced tax revenue for the government.

The rationale that those using the courts should pay for the courts is noble enough, but the act of issuing a claim, which is what these fees relate to, simply involves an administrative process of putting a seal on the papers, logging them on the computer system, and posting them to the parties. This process is exactly the same for a £10 claim as a £200,000 claim, so why should there be a discrepancy of £9,965 between the two simply to issue them? Ironically, the most expensive part of the court process is the final hearing and the court fee for a final hearing is a maximum of £1,090 – regardless of the value of your claim. The policy in no way achieves the publicly stated aim.

Given the Conservatives’ reputation as the ‘party for business’, it is surprising that they are happy to allow smaller businesses to be held in this chokehold. The fees were only introduced two months ago, meaning it is too soon for the real-world ramifications of these changes to havebeen felt.

New justice secretary, Michael Gove, has the opportunity to make a positive mark in his new job very quickly. He should reverse, or at least review, the charges before they have a damaging effect – not only for the sake of justice, but for the sake of British businesses everywhere.

This article originally appeared in the Solicitors Journal.