DTM Legal Put Chester On The Map For Property Leaders

DTM Legal joined property leaders from across the UK for part of an endurance charity bike ride from John O’Groats to Paris.

Partner at DTM Legal, Kate Roberts and Associate, Victoria Evans, joined key property leaders, Alasdair Robertson, founding director of TownCentreParking and Andy Macdonald, managing director at Swanvale developments, on their endurance ride as they cycled the Liverpool to Chester leg of the journey.

Alasdair Robertson organised the 1,000 mile bike ride from John O’Groats to Paris to raise money for research into the treatment of Duchenne Muscular Dystrophy, an incurable muscle wasting disease, which his three-year-old son suffers from.

The team of cyclists were greeted in Chester Town Centre, by the DTM Chester team along with other local businesses, to wish them well on their 1,000 mile ride to Paris.

Sally Pilott, Associate at DTM Legal and a member of the Chester Growth Partnership said: “It’s great to see two significant property leaders eager to make Chester a key stop off on their endurance ride to Paris.

“Investors, developers and occupiers are showing a keen interest in the business potential Chester has to offer and the city is fast becoming a thriving hub for businesses. It’s great to see the city developing and with the new addition of One City Place, Chester has taken a momentous step towards the creation of its own innovative business district.

“We’re delighted to be supporting the cyclists with their ride to Paris and are proud of our team for taking part in the Liverpool to Chester leg of the ride.”

Joining the journey was good training for Kate Roberts, partner at DTM, who is set to cycle from London to Paris for Wirral Hospice, DTM Legal’s chosen charity for 2015, later this year. She said: “We were delighted that Alasdair and the team welcomed us to join them on the Liverpool to Chester leg on their journey and were surprised that we managed to keep up.

“The 1,000 mile ride to Paris is an incredibly tough trip and the team should be extremely proud of their achievement. The cyclists have already raised a massive £100,000 for research into treatment of Duchenne Muscular Dystrophy, and aim to raise £250,000 by the end of the ride.” 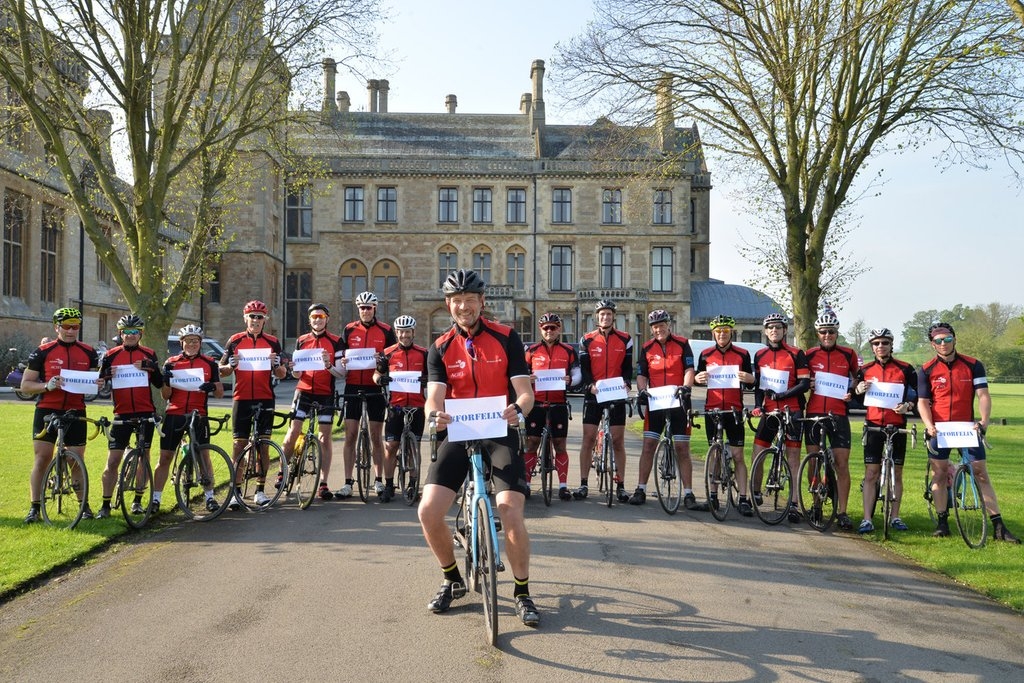 Please visit the team’s page and help them reach their target of £250,000 to fund vital research to cure Duchenne Muscular Dystrophy f‪or Felix.