The Chancellor says that 6 million people will benefit from an increase in the National Minimum Wage. DTM Legal looks at the impact of the increase, as well as the introduction of the National Living Wage, and how this will affect your business going forward.

From 1 October 2015, the National Minimum Wage (NMW) will be increased to attempt to meet living wage standards across the country. This increase will see workers over age 21 on minimum wage to be paid 20p more an hour, whilst 18-20 year olds will benefit from an additional 17p and those under 18 will take home an extra 8p an hour. Apprentices who are aged between 16 to 18, or those who are in the first year of their apprenticeship will, however, will earn an extra 57p an hour, an increase of 20%. 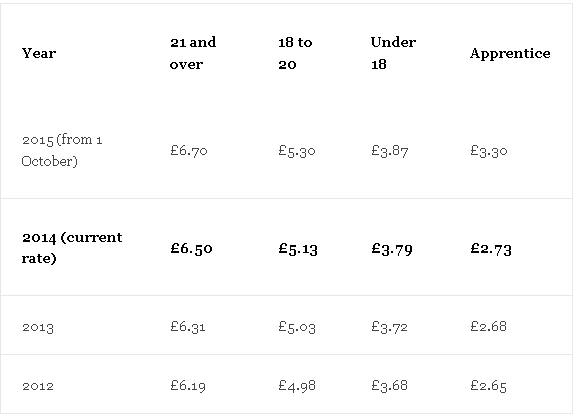 The rates were recommended by the Low Pay Commission – the independent body that advises the government on minimum wage. Apprentices will get a higher rise than was recommended by the commission, who suggested that the wage should only be increased by 7p an hour. The 3% increase advised for 18-20 year olds was adhered to by the government, as was the 2% increase for 16 and 17 year olds.

Additionally, the National Living Wage (NLW) has been introduced, which proposes to seek to increase minimum wage to meet the living wage by 2020. Currently, businesses pay their employees the NLW on a voluntary basis, with around 1600 employers already choosing to do this, including Lidl, Barclays and British Gas. However, in April 2016 it will become compulsory for all employers to pay employees over the age of 25 the NLW.

The NLW will form part of the remit of the independent Low Pay Commission which will make annual rate recommendations, in the same way that it makes recommendations for changes to the NMW. However, the initial rate (expected to be £7.20 an hour) will be set by the government, based on a review of the NMW carried out by the Resolution Foundation.

This rise in salaries will have a dramatic effect on employers who have to take a cut out of their profits in order to comply with the new legislation. This could trigger an increase in the amount of zero hour contracts that are offered, which are already prevalent in the industries were the majority of workers are paid the national minimum wage. The Office for Budget Responsibility has also forecast that higher pay rates could cost up to 60,000 jobs. Some older workers could also find themselves replaced by the under-25s, who will be cheaper to employ.

In tackling this issue, employers should review the number of employees currently paid NMW, therefore assessing their liability ahead of the increase. This then allows time for them to decide how to plug the gap of the increased wages, and perhaps consider the effect of redundancies, or explore an increase in the price of services, and so passing the additional cost onto the customer.

If you would like to discuss in more detail how the changes in minimum wage could affect you or your business, and tips to effectively manage the increase in employee’s wages, please contact us on 01244 354800 or check out our Employment and HR Services.