An Expensive Day in Court

Richard Thomas, columnist for Solicitor’s Journal and Senior Partner at DTM, considers the rationale of the government in respect of access to justice for SMEs.

In a recent article I highlighted how the recent massive increases to court fees would negatively impact on SMEs and their access to justice in an arbitrary and completely inequitable way. Rather than step back and take some time to consider the consequences of its actions the Government has now declared an intention to increase the fees further. The further increases will be at least double some of the new fees!

In addition to the barrier to justice imposed by exorbitant and misconceived fees, SMEs also face the problem that the whole civil justice system has become geared to prevent them having their day in court. It is obviously widely accepted that a civil justice system is a cornerstone of a civilised society but it also has to be an accessible and equitable system.

Over recent years changes to the Civil Procedure Rules (“CPR”) have seen a determined
attempt to limit the number of cases that actually reach a courtroom. This is against a starting position that historically the majority of disputes don’t reach formal litigation and the majority of those that do don’t see the inside of a courtroom.

However, various Governments have pushed the agenda for limiting the ability of businesses to seek full redress for civil wrongs. The increase to the financial threshold for Small Claims Tack matters being one example. Claimants with a claim with a monetary value up to £10,000.00 are unable to recover legal costs even though their claim is successful. 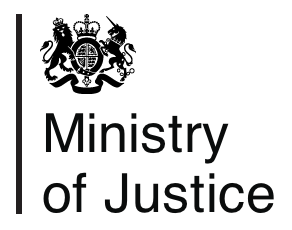 involved in a dispute is not related to the complexity of the law involved and claims for £10,000.00 can involve extremely complex technical points of law necessitating the involvement of lawyers. Any street-wise Defendant will know that they only have to hold their ground and perhaps throw a few spurious issues into the mix to make it commercially nonsensical for a Claimant to pursue the matter through the courts.

Why should a legitimate claim be stifled to the detriment of the victim in this way? Costs issues between the parties have no impact on the Government’s aim to cut public spending. If a commercial entity wants to spend money protecting itself from wrongdoing by another party then should Government interfere in that process and prevent the successful party recovering their reasonable legal costs?

A further example is the pressure imposed on litigants to pursue alternative dispute resolution (“ADR”). The whole underpinning of this principle is that, as a genuine Claimant, you should accept something less than you are entitled to and, as an innocent Defendant, you should concede something that you are not liable for.

ADR has its place and has its successes and in the right case it is the best approach but it should be the choice of the parties without artificial pressure through adverse costs orders. The point has been reached where the parties, like a recalcitrant child, have to explain themselves to the court in a statement if they choose not to engage in some form of ADR. Good solicitors are perfectly capable of advising their clients about the pros and cons of ADR in their particular circumstances in order to enable their client to make a sensible and proportionate decision.

In addition the Part 36 Offer regime under the CPR now has a ridiculous “Brucie Bonus” for Claimants who make an offer to settle that is not accepted and which is then exceeded at trial. In such a case a Defendant will have to pay an additional 10% of the amount awarded (up to a maximum of £75,000.00). This is in addition to additional punitive interest on the amount awarded and enhanced costs recovery that the Claimant would also be entitled to.

A Defendant who genuinely has a good prospect of defending the claim against them cannot possibly commercially justify proceeding to a final trial where a Part 36 Offer has been made that is borderline, and will have to concede the claim. This would not be because of the merits of their Defence but due to an artificially imposed sanction that has no relation to the rights and wrongs of the case. 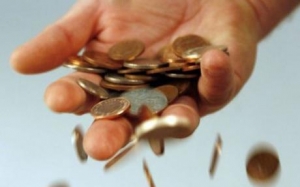 As a solicitor acting for Claimants this is a fabulous idea, provided you make a Part 36 Offer of no more than 10% less than your claim you cannot possibly lose. Trying to be objective though it is an embarrassing interference with the operation of civil justice.

The ability of all parties, but particularly SMEs, to seek civil redress or to defend themselves is becoming more and more restricted. Why should a Claimant accept less than they are entitled to, why should a Defendant who is liable to another party get away with something less than that liability?

If the reason is cutting public spending then the mechanisms enacted to date do not achieve that aim and certainly not in an equitable manner.