What will a Brexit from the EU mean for UK business?

DTM Legal’s Rachel Logan investigates the ramifications of a British exit from the EU following an in-out European referendum.

As the dust settles in Downing Street, the faces which now make up the UK Parliament paint a very different picture to that of pre May 2015. Confounding the pollsters, the Conservatives won an overall majority, although by just twelve seats. Meanwhile, Labour was wiped out in Scotland by the SNP, a result which may yet have wider constitutional ramifications, which I will come back to later.

As the Conservatives remain in power for a further parliamentary term, my attention turns to David Cameron’s pre-election promise of an in-out European referendum by 2017 and how it might impact on British business. A British exit, or a ‘Brexit’ as it has been labelled by the press, is a hypothetical situation muddled by variables and it is here where the difficulty lies when forecasting what a Brexit might look like.

The Prime Minister has wasted no time in seeking to gain support for EU reforms from his European counterparts. The German Chancellor, Angela Merkel, provided an early boost with support for EU reform and even hinted at a possibility of Treaty change. However, she remains committed to the principles of the single market and the fundamental rights to move freely between EU countries.

Meanwhile, back in Parliament, the battle lines are being drawn, with at least 50 Conservative MPs joining forces to campaign to leave the EU. Preparations for the referendum are already underway and the Bank of England has enlisted a task force named ‘Project Bookend’ to examine the financial implications of leaving the EU.

There are numerous differing opinions on the pros and cons of EU membership, many of which are politically driven. With so many conflicting views it is difficult to see how the public will be able to make an informed vote on membership. Here I begin to look at some of the potential implications a Brexit could have on trade, the economy and the job sector.

What impact does the EU have on UK trade? 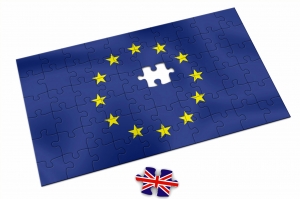 The EU operates a trade bloc which means that there are no quotas or tariffs for companies exporting goods and services within the EU. A departure would result in the need to negotiate new trading relationships with the EU to allow British businesses to sell goods and services without being hit by quotas. Euro-sceptics highlight Switzerland as a positive example of how trade treaties can be negotiated on a sector-by-sector basis. There is also the possibility of joining the European Economic Area, which would give the UK access to the single market (save for some financial services) but free it from EU rules on agriculture, fisheries, justice and home affairs.

Some argue that the UK would simply be placed in the same position as India, China and Japan, all of which manage to export to the EU relatively easily. This positivity is not shared by all and it cannot be denied that the EU is the UK’s main trading partner worth more than £400bn per year through trade in goods and services. There would also be wider implications for trading with the rest of the world. At present, the EU has trade agreements with countries such as Korea, which would also need to be renegotiated.

The Economy
At present, many UK businesses benefit from direct investment from European sources.  A departure from Europe could see a reduction in this investment, and economists at London School of Economics estimate an income fall of 9.5% of GDP, which is similar to the loss resulting from the economic crash. The Centre for European Reform, a pro-Europe think-tank, shares similar concerns. They suggest that there would be major pressure to replace EU funding with domestic spending resulting in a further dent to the public purse.

Regardless of whose figures you believe, it is undeniable that European migrants contribute to Treasury finance. Sixty percent of migrants are university graduates and figures published by University College London quote a contribution to the UK economy of as much as a £20bn between 2000 and 2011. On the other hand, the UK’s financial contribution to Europe has quadrupled in recent years with a total contribution of £11.3 billion. The current financial crisis in Greece further exposes the financial disadvantages of European membership.

For obvious reasons job security is a high priority for the British public, so would leaving Europe mean more British jobs for British workers? Free movement of workers is a fundamental principle of EU membership. This means that European migrants often compete with British workers for British jobs and crucially are also used to plug key skills shortages. But looking at the bigger picture, does EU membership create more jobs in the first place? Pro-European thinkers persuasively argue that Europe safeguards jobs as the free market attracts foreign firms to operate in Britain. Nestle, Airbus UK, Hyundai and Ford have all suggested that they would reconsider their position in Britain in the event of a departure.

The financial services sector is the largest contributor to the UK economy. A departure from the free market could have ramifications for this sector which employs more than two million people in the UK. However, many in the City are concerned by Europe’s proposals to introduce a ‘Robin Hood’ tax on financial transactions. If this is introduced (which at this stage is unclear due to criticism) there is a risk that some financial services may choose to operate outside of Europe.

Regardless of whether you are in favour or against, the current lack of certainty is a concern for all. It makes planning for the future difficult and could result in the British market place being less appealing to potential investors. Whilst the Prime Minister is rallying for support, Nicola Sturgeon has made it clear than the SNP will do all it can to veto a decision to exit Europe. It is clear that our relationship with Europe is contentious and reform is needed in one way or another. Ultimately, it will depend on how far the Prime Minister is able to persuade his European counterparts and how acceptable those changes will be to the British public. 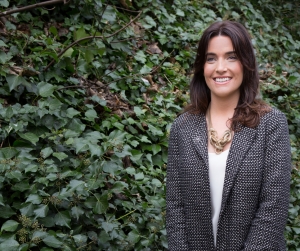