As the season changes the world of insolvency will also experience a number of changes aimed at creating greater trust, transparency and accountability.

These attempts at modernising the insolvency regime include:

Coming into effect on 1 October 2015 and contained within the Small Business, Enterprise and Employment Act 2015, these measures represent a substantial strengthening of the director disqualification regime. The true impact will not be immediately apparent but the emphasis on accountability is evident in many of the provisions, significantly the introduction of:

In addition the courts can now look further into the conduct of any director subject to disqualification proceedings, allowing the use of information available to other regulators.

Taken together with the introduction of a register of people with significant control in January 2016 and the prohibition of corporate directors, these provisions provide a strong platform which will go some way to achieving the proposals outlined in the ‘Transparency and Trust’ process consultation back in 2013/2014.

Further attempts at transparency can be seen within the Insolvency (Amendment) Rules 2015. This Order places a requirement on Insolvency Practitioners to provide all known creditors with an upfront fee estimate, when intending to charge on a time spent basis.

The estimate is to be included in a written statement sent to all known creditors for approval. The Insolvency Practitioner must also provide the following information:

It has been acknowledged that providing such detailed estimates for certain types of work is difficult, nonetheless the Order states the estimate must be definite and not detail a range of fees. It must also be noted that the requirement only applies to administrations, compulsory and creditors voluntary liquidations and bankruptcies.

The provisions do allow for some flexibility with estimates given up to a certain milestone permitted although each milestone estimate will require creditor’s approval.

Whilst the attempts at achieving greater transparency have been welcomed, it will be a matter of time before the changes can be lauded a success. Concerns have been raised in relation to the delays and extra costs incurred, as a result of further regulation, impacting on the level of returns to creditors.

In an effort to modernise the current insolvency process and assist both insolvent companies and Insolvency Practitioners, the definition of essential supplies (that is the supply of key services in order to continue trading) has been extended to include IT and electronic communications. 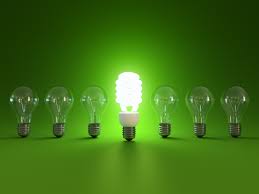 Suppliers of IT and electronic services have not been left without safeguard though, the Order allows for suppliers to:

Nonetheless business and IT suppliers should review their contracts, as the Order will override any contractual rights to cancel contained within contracts entered into on or after 1 October 2015.

As you can see there is much to contemplate over the coming months. Should you have any questions do not hesitate to contact a member of our Business Recovery team. Richard Thomas based in Chester on 01244 354 and richard.thomas@dtmlegal.com or Kate Roberts in Liverpool on 0151 230 1216 and kate.roberts@dtmlegal.com.