In November 2015 law firm DTM Legal, in partnership with the North Wales Chamber of Commerce, carried out a study of 50 businesses in North Wales.

This spot-check of regional sentiment explored how confident industry is about the year ahead, and how senior business leaders in North Wales feel local and national government, and external agencies, can help support their growth.

What was revealed was a sector that, while buoyant about prospects in the next 12 months, does not feel it currently has the right toolkit in place to underpin expansion in the future.

One key area which was highlighted was the perceived inadequacy of the support proffered by the Welsh Government. For example, almost half (48%) of respondents said they were not confident that the Welsh Government was taking the right action to help support the ongoing economic recovery.

There was also a strong feeling that businesses in North Wales were frequently overlooked in favour of those in South Wales, with 74% saying the Welsh Government was biased towards the south in its policy-making and investment decisions. A further 42% said that more focus from the Welsh Government on North Wales industry was the most important strategic issue that could make a real impact on the fortunes of businesses in the north of the country.

Similarly, the study indicates that national and local government is simply not doing enough to help Welsh businesses, or that the assistance available is not being packaged in the right way; well over a third (40%) of respondents said they found accessing support and advice from publically funded agencies problematic. 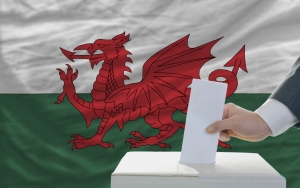 While our panel felt that takings were likely to be fairly healthy in the next 12 months, they were less bullish about whether the region has what it takes to be able to support steady growth in the future.

For example, many of those interviewed felt that significant investment in assets like better infrastructure, and high-speed broadband were required in order to support the economic recovery in Wales. For example, 41% identified improved transport infrastructure as a very important issue, and 60% felt that better broadband connectivity was the most important strategic issue facing Welsh businesses.

The strength of the talent pool in North Wales was also pin-pointed as an issue by many businesses with 37% saying that access to skills was a concern.

Overall, our study has painted a picture of a business community that feels things are going well, but knows that they could be better. It showed how industry in North Wales feels unsupported by the Welsh Government, and is unsure that it has the skills and infrastructure required to take growth to the next level.

We hope this Whitepaper will serve as a useful tool to help decision-makers for the region realise those changes that are clearly required in order to ensure the area has the firm foundations it needs in order to be ‘future ready’.

The survey also revealed that younger businesses – those that have been trading for three years or less – were more likely to say they were feeling confident, with 84% saying they were positive about the year ahead.

When it came to what is influencing these levels of confidence, 44% of respondents said their optimism was buoyed by the performance of both the UK economy and the local/regional economy.

However, as always, the proof of the pudding is in the eating and, encouragingly, the majority of respondents (58%) said that it was their own business performance that was the source of their positivity.

Other factors were more negligible. Inflation was cited by just 4% of respondents as a reason to be cheerful and interest rates by only 14%. Media reporting was also helping some 12% of those surveyed to feel optimistic.

Interestingly, economic stability in Europe was seen as much less of an issue, with only 6% of respondents saying they worried that what happened in the Eurozone may have a negative impact on their bottom line. A further 16%, however, said they were apprehensive about the ramifications of an in-out referendum.

Closer to home 18% said the ability (or otherwise) to hire staff with the skills they need was a source of anxiety, suggesting that the skills shortage is a serious problem in the North Wales area. 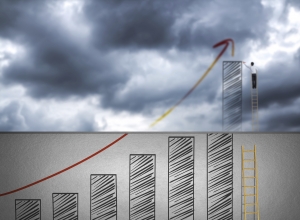 A combination of targeted local action and national changes were identified as what is needed in order to stimulate growth.

Improving local/regional infrastructure was the preferred action by some margin, with 28% of respondents saying they felt that this would help stimulate the local economy. Similarly, 18% said that targeted initiatives for local job creation would be of benefit.

Nationally, encouraging banks to increase lending (18%) and maintaining low interest rates (14%) were seen as sure-fire ways to stoke the fires of the economy. Another 6% said they felt tax cuts would be beneficial, while 4% said reducing business regulation was what was required.

When asked to identify what the most crucial strategic issues are with regards to improving the business growth prospects in Wales, broadband connectivity was placed at top of the leader board,  with 60% saying they felt it was ‘very important’. The next most important necessary change was identified as more focus from the Welsh Government on North Wales issues, with 42% saying this was very important. Improved transport infrastructure (41%) and better marketing of Wales as an investment destination (30%) were also seen as important ways to stimulate growth.

Other obstacles came from within the businesses themselves, or through working culture. For example, 20% of those surveyed said that an uncertain order book was stymieing growth, while 22% said that a culture of late payments frequently caused them cash flow issues and prevented them from moving to the next level.

It was clear that many businesses also felt they were not getting the support they needed from government and external agencies; 14% of respondents felt that a lack of access to specialist advice for growth plans was holding them back.

This is perhaps borne out by the response to the next question of how easy or difficult it is to access business advice and support for growth from publically funded agencies in North Wales. While just over a third (37%) said it was easy, the same number said it was quite difficult, with another 8% saying it was very difficult, meaning more than 40% of respondents found accessing support and advice from publically funded agencies problematic.

When asked whether they were confident that the UK government was taking the right measures to continue the UK economic recovery, the answer was a lukewarm affirmative. In total, 16% of respondents were very confident, while 65% were fairly confident. Overall though, this can be taken as a vote of confidence for Mr Cameron et al, as more than 80% of respondents were at least fairly confident, with under a fifth (18%) saying they were not confident.

The survey also revealed a perceived North/South divide in Wales. When asked whether the Welsh government favours South Wales over North Wales in its policy-making and investment decisions, just under three quarters (74%) answered in the affirmative. Just 4% said that they did not feel this was the case, while 22% said they were unsure. 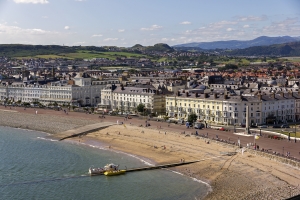 Tourism and Leisure was identified as the area respondents felt was likely to fare best in the next 12 months (74%) by some margin. The next largest vote of confidence was given to property development and construction (58%), followed by professional services (34%).

Food and Drink was tipped as the one-to-watch by 20% of those surveyed, while 18% felt that manufacturing was the industry most likely to be flying the flag for the region.

In somewhat worrying news for the high street, retail was identified as the area most likely to fare best by just 12% of respondents. Other categories received negligible votes of confidence, with just 6% of people believing that the automotive sector would fare best, 8% having confidence in the healthcare sector and 4% backing agriculture.

Discussing the results, Richard Thomas, a Partner at DTM Legal who is also Chair of the North Wales Chamber of Commerce, said: “This was certainly a mixed report card for the economy in North Wales.

“On the one hand, it is good that so many businesses are positive about the year ahead, and even more so when we consider that the this positivity is largely sparked by what they’re seeing in the profit and loss sheet in their own businesses.

“Less pleasing is the fact that so many companies clearly feel they are unsupported by their government and are having difficulty accessing the support they need from local agencies.

“If industry in the region is ticking along so healthily without support, you do wonder just what might be achievable if they received more support.

“It is also imperative that the powers-that-be take heed of the misgivings around how well the current talent pool and infrastructure is able to support growth in the region, and take remedial action as appropriate.

“Overall though, we are heartened by what our panel has revealed. Business in North Wales is clearly doing well, but – with the right support – could be doing much better.”

Colin Brew, Executive Director at West Cheshire & North Wales Chamber of Commerce, added: “We are delighted with the level of responses to this survey and the positive views from the local business community as to what the future looks like. As we begin to move away from the economic difficulties of the last seven years it is refreshing to hear of the upward turn in terms of our local economy and specifically the confidence within our own SME community but much more is needed to sustain further growth.

“Support services for local business, investment in key infrastructure and a better understanding of the economy of North Wales is required from Welsh Government to make this happen”.

Members of the panel came from a wide range of North Wales sectors, such as professional services, property development and construction, food and drink, healthcare, manufacturing, tourism and leisure.