Directors Who Neglected Their Duties

DTM Legal’s Fredrica Jarrett takes a look at some of the arguments company directors make as a defence to a claim of breach of duties, and outlines why the Courts may take a strict view.

In Secretary of State for Trade and Industry v Griffiths and Others Lord Woolf said “it is of the greatest importance that any individual who undertakes the statutory and fiduciary obligations of being a company director should realise that these are inescapable personal responsibilities”.

Under the Companies Act 2006 (Act) directors owe certain duties to the company; breach of these duties can have serious consequences for directors including personal liability and potential criminal liability!

The 7 duties imposed on directors under the Act are:

There are many arguments directors can make as a defence to a claim of breach of duties, a few of which are identified below; however case law over the years confirms that the Courts take a strict view of any breach of directors’ duties:

In IT Human Resources Plc v David Land the company brought a claim against a former director when it discovered that the director had infringed the company’s copyright whilst he was an employee by providing it to a competitor without the company’s consent.

The Court found that the copyright infringement was also a breach of the director’s duties to act in good faith, in a way which would be most likely to promote the success of the company and to avoid a conflict of interests with the company.

The director was liable to an account of profit for the copyright infringement and breach of duty.

“I’m not even a formally appointed director”

In Vivendi SA and Centenary Holdings Ltd v Richards and Bloch, Bloch was the sole director and Richards the alleged shadow director. A shadow director is anyone who is directly controlling the decision making at the company, and his direction and instruction translate into direct action by the board.

The Court found Richards to be a shadow director and as such owing duties to the company. It was held that Richards had used his influence within the company to encourage spending beyond its means at the time. Richards and Bloch were ordered to pay Vivendi £10m.

Dependent on your functions and influence within a company, the fact that you have not been formally appointed as a director does not mean you can escape owing duties to the company.

“I’m a non-executive director; I don’t get involved in the day to day running of the company”

In Lexi Holdings PLC (In Administration) v Luqman & Others the Court found two sisters who were co-directors with their brother were liable to recompense the company due to their brother’s dishonesty and misappropriation of £60m.

The Court held that the sisters had been totally inactive in their directorships and had failed to exercise diligence. Their failure to seek advice and inform the company’s auditors of their concerns rendered them liable for breaching their duties. 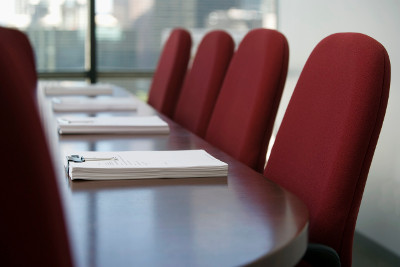 “It was private, informal arrangement and nothing to do with the company”

In Philip Towers v Premier Waste Management Limited a director had accepted a loan in his personal capacity from one of the company’s customers of equipment and materials to be used without charge to renovate his home. Once the company became aware of the situation it took action against the director as the loan was arranged without the approval of the company.

The director’s defence that the arrangement was “private, informal, ad hoc and amongst friends” was dismissed by the Court. The Court held that the director had breached his duties to promote the success of the company, to avoid conflicts of interest and not to accept benefits from third parties.

The Court found that the director had disloyally deprived the company of the opportunity to consider whether or not it objected to the diversion to personal use of an opportunity arising from the company’s relationship with its customer. The director was ordered to pay the company an amount representing what it would have cost him to hire the equipment.

“I was just relying on someone else’s advice and opinion, surely I’m not liable”

In Secretary of State for Trade and Industry v Griffiths and Others two directors were disqualified for a minimum period of 2 years for their failure to keep themselves properly informed about the company’s financial position. The Court held that the two directors had been “dazzled, manipulated and deceived” by their fellow director Griffiths, but allowing this to happen was a breach of their own duties as they had failed to exercise independent judgment.

Directors cannot passively allow others to manage the company; instead directors must supervise the actions taken, and form their own independent view on whether the actions are in the best interest of the company. A director is entitled to rely on the judgment, information and advice of a fellow director if there is no reason to suspect that director’s integrity, skill and competence.

“I only did it for the benefit of the company”

The Court held that the new shares issued by the directors were invalid as the directors had exercised their powers for an improper purpose.

If you are a company director do not allow yourself to be caught out – make sure that you familiarise yourself with the duties and have constant regard to them! The Department for Business, Innovation and Skills have published some useful guidance on how directors should act in principle: 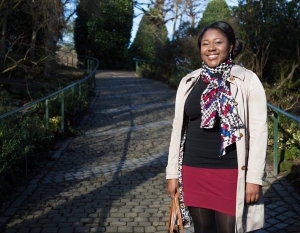