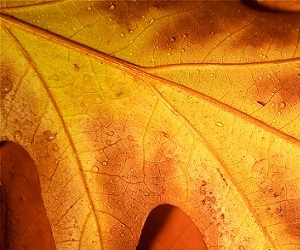 1) Indirect Discrimination – What should the tribunal assess?;

For there to be a finding of indirect discrimination, acts, decisions or policies of an employer not intended to treat anyone unfavourably must disadvantage a group of people with a particular protected characteristic (age, disability, gender reassignment, marriage and civil partnership, race, religion or belief, sex and sexual orientation).  This will amount to indirect discrimination unless the policy can be justified by showing that the policy, act or decision is a proportionate means of achieving a legitimate aim.

In this case, the claimant was employed as a bus driver and all bus drivers were required to work 5 days out of 7, including Fridays and Saturdays. The claimant had asked not to work certain hours between Friday and Saturday so he could observe the Sabbath in accordance with his faith as a Seventh Day Adventist. His employer allowed the claimant to submit a flexible working request and approved the request on a temporary basis. The policy to work 5 days out of the 7 including weekends was to ensure a fair and efficient running of bus services; the employer confirmed that trying to accommodate the claimant and the theory behind the policy was to ensure fair treatment of all drivers as the weekend shifts were often the undesirable shifts so it would be unfair to require only some drivers take those shifts. The respondent stated they believed that allowing the claimant to change his shift pattern on a permanent basis could have caused industrial unrest and it would be unsustainable if other drivers followed the claimant’s actions and requested different shift patterns due to their religious beliefs. The claimant brought a claim against the employer for indirect discrimination on grounds of religion or belief.

The Tribunal upheld the claim on the basis that the policy of requiring the claimant to work those set hours put him at a disadvantage and that the employer had failed to show that the policy was a proportionate way to achieve the business aims of the company and maintain a harmonious workforce. The employer appealed the Tribunal’s decision and the EAT overturned the Tribunal’s original finding on the basis that they incorrectly focused on application of the policy solely to the claimant as opposed to carrying out an assessment of the policy in the circumstances of the business. The matter was therefore remitted to the same Tribunal to reconsider this question.

The case of SW Yorkshire Partnership NHS Foundation Trust v Jackson found that an employer can be found to be treating an employee unfavourably by sending an important email to an inaccessible work email address whilst the recipient was off on maternity leave.

In the above case, the claimant was sent a significant email regarding potential redundancy and redeployment opportunities, alongside a redeployment form that needed to be completed and returned, whilst she was on maternity leave. The email was sent to her work email address which she could not access outside of work.

When deliberating the issue of causation, the EAT found that the Tribunal had incorrectly applied the test for causation as, where the reason for treatment is not apparent, it is necessary to inquire into the respondent’s reasoning as to why the action was taken and therefore the Tribunal should have considered why the email was sent to the claimant’s inaccessible work email. The case was remitted for further findings.

It will be interesting to see the outcome once the employer’s reasoning as to why the email was sent to the claimant’s inaccessible work email has been considered.

The Government has recently published a consultation paper with the aim of obtaining views on proposed reforms in relation to improving the regulation of confidentiality clauses and to prevent their misuse in situations of workplace harassment or discrimination.

The reasoning behind the consultation is to improve the understanding of how confidentiality clauses work legally in practice and to assess what changes are needed to adequately protect individuals from their misuse.

The aim of a confidentiality clause (sometimes referred to as Non-Disclosure Agreements ‘NDAs’) is to prohibit the disclosure of information. The consultation paper rightly reinforces that confidentiality clauses have a proper place in an employment context and can be used either to form part of an employment contract or as part of settlement agreements.

There are restrictions on the use of confidentiality clauses and they will be invalid if, for example, they try to restrict protected disclosures or ‘whistleblowing’ (which have their own specific legal criteria which must be met in order for protection to be afforded). Confidentiality clauses also cannot prevent an individual from taking a matter to an employment tribunal; however, it should be noted that settlement agreements can waive this right. Despite these restrictions, the Government has stated within the consultation paper that there is evidence to suggest that employers have used confidentiality clauses as a way to prevent victims of harassment or discrimination making a disclosure of treatment.

The Government is therefore seeking views on:-

It will be important for employers to continue to monitor the response following the consultation and keep up to date with any potential changes that may be implemented therein. If the changes are implemented, it could result in greater scrutiny of confidentiality clauses and poor drafting could render them void, leaving the employer exposed to any such confidentiality clauses being made public.

The full consultation document can be found here:-

Mrs Beattie brought an unfair dismissal claim against her employer which succeeded at Tribunal on the basis of procedural unfairness as Mrs Beattie conducted the only investigation in to the stock disappearance; her employer did not carry out an investigation into the potential negligence of Mrs Beattie with regards to the missing stock and her level of culpability. However, she was not awarded compensation as the Tribunal concluded that if a fair procedure had been followed (e.g. a correct investigation procedure), she would have been dismissed either way.

Mrs Beattie appealed the Tribunal’s decision on the basis that she believed the Tribunal was incorrect to find that the final written warning was valid and if found invalid, this would have resulted in her being awarded compensation. Mrs Beattie believed that the validity of the final written warning should have been considered.

The EAT upheld the Tribunal’s findings, commenting that it was not for them to re-open the subject of whether the final warning should have been issued and interfere when there was sufficient evidence for the Tribunal’s conclusion on the validity of the written warning.

Back to Insights Next Article Previous Article